Blessed to be a Blessing

The Lord has commissioned believers to spread the good news of the gospel. Our lives and our speech can combine to draw others to the Master. God has sent us to those in our sphere of influence. We are salt and light. God the Father has sent us to reach the lost. Say yes to His call. You are an ambassador for Christ. You can do all things through Christ who strengthens you. You are blessed to be a blessing,

The Baptism in the Holy Spirit

It is my conviction that the baptism in the Holy Spirit is a separate endowment of God’s power. It is accompanied with the gifts of the Spirit which includes speaking in other tongues. In Acts 8:15-18 we learn of a group of believers who have become Christians but who do not have the Holy Spirit.

“When they arrived, they prayed for the new believers there that they might receive the Holy Spirit, because the Holy Spirit had not yet come on any of them; they had simply been baptized in the name of the Lord Jesus. Then Peter and John placed their hands on them, and they received the Holy Spirit.  When Simon saw that the Spirit was given at the laying on of the apostles’ hands, he offered them money and said, ‘Give me also this ability so that everyone on whom I lay my hands may receive the Holy Spirit.’”

All of them were filled with the Holy Spirit and began to speak in other tongues as the Spirit enabled them. Acts 2:4

Later in Acts 10:44-46 a group of Gentiles received the Holy Spirit…

“While Peter was still speaking these words, the Holy Spirit came on all who heard the message. The circumcised believers who had come with Peter were astonished that the gift of the Holy Spirit had been poured out even on Gentiles.  For they heard them speaking in tongues and praising God.

The evidence that they received the Holy Spirit’s baptism was that they spoke in tongues. Paul said that he spoke in tongues more than all of his fellow believers (1 Corinthians 14:18). The Bible also speaks of the benefit of tongues. It says that praying in tongues edifies us or builds us up spiritually (1 Corinthians 14:4). I believe it also sensitizes us to the Holy Spirit’s promptings.

Before Jesus ascended into heaven which was sometime after his resurrection, Jesus said in Luke 24:49,” And behold, I am sending the promise of My Father upon you. But remain in the city until you have been clothed with power from on high.”

And in Acts 1:8 Jesus said, “But you will receive power when the Holy Spirit comes on you; and you will be my witnesses in Jerusalem, and in all Judea and Samaria, and to the ends of the earth.”

This last verse highlights the main reason why Jesus wanted us to receive the baptism in the Holy Spirits. It is through this empowering that we are able to become effective witnesses for the Lord.

The disciples waited in the upper room and then received the Holy Spirit. His dramatic entry in their lives included the sound of a mighty wind inside the room where they were. Fire appeared on their heads and they all spoke in tongues.

If you would like to receive this baptism of the Holy Spirit you must first be born again and then you just need to ask for the Holy Spirit’s infilling and believe.

Luke 11:13 says,” If you then, though you are evil, know how to give good gifts to your children, how much more will your Father in heaven give the Holy Spirit to those who ask him!”

Come and pray this prayer to receive Jesus as your Lord and Savior, if you haven’t already, and to receive the power of the Holy Spirit.

Dear Lord of Heaven and Earth,

I surrender all to you. I ask you to save me for I am a sinner and I am lost without you in my life. Be my Lord and Savior. Jesus come and fill me with your Holy Spirit. Baptize me in your power and give me the gift of tongues so that I can build myself up spiritually. I want to be an effective witness for you. In Jesus name I pray, Amen.

After you have prayed this prayer, wait on the Lord. He will give you words to say. It may just be simple syllables. Speak them out. The Lord will not make you speak. You must yield to him. Practice your new prayer language daily and allow the Lord to use to tell others about him. Congratulations you have made an important step in your walk with the Lord.

He Will Lead the Way

I heard your voice when I was on the mountain

You spoke to me

I want your dream for me and not another

Your call upon my life teaches me not to wander

You guide my steps and help me see

The gift you put inside of me

Believers gather round the throne

Come and hear Him on the phone

He wants to speak to our hearts

He wants to use us

He desires for us to do our part

Each of us are members of His Body

We each have a function

Each of us are members of His Body

We move through the power of His unction

Let us choose Him at each junction

He will lead the way

Here is an article that shares one of the most important lessons I have ever learned. I hope it ministers to you. Thank you for reading it. 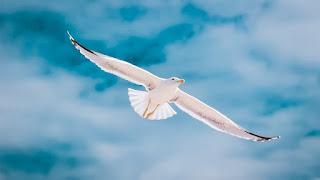 The cry of the seagull soaring over wind-whipped waves

The roar of a lion seeking his prey

The blooming of the flower angling towards the sun

The circling of the planets on a circuit they run

The shining of the stars

And the particles of the atom buzzing about

The force of a volcano making its shout

The powerful heat of the earth at its core

These all speak forth giving glory to the Lord

He is resplendent, Ancient of Days

Great is the Lord His creation sings His praise

He is resplendent, Ancient of Days

Great are You Lord worthy of praise

Throw off the old and put on the new. This describes an important part of our walk with Christ. This was recently published online in inspireafire.com. I believe it will minister to you. 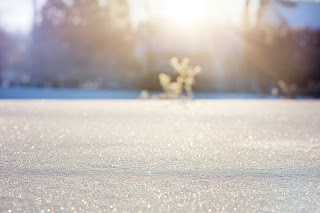 The white snow untouched by man or animal

The fresh sand after the waves retract

This is the New Year

It is a time of great possibilities

A time of new beginnings

A moment when goals can be reshaped

A time to plan and forecast

We look to the Lord for His direction

The Holy Spirit breathes on us

He gives us winsome ideas

He directs our ship to distant shores

He moves us to conquer the land

We dare not miss out on this time of reflection

When dreams are born

And plans are made to realize them

We are co-creators with the Mighty One

If we will lean upon his breast and listen

He will enable us to see His dreams within us fulfilled